10 Largest Cities in the World: Do You Live in Any of These 10 Mega Cities? 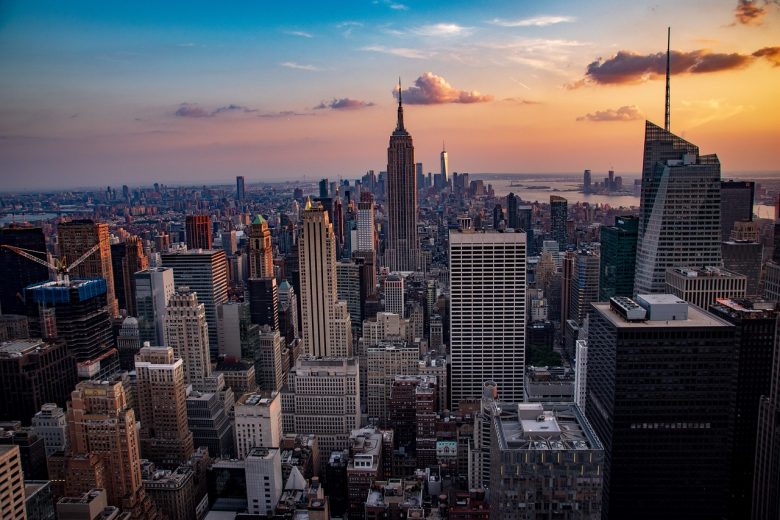 Tokyo is the capital city of Japan and one of the three economic centers in the world. Other two are Shanghai (China) and New York (United States). From a small fishing village Edo, Tokyo developed into a largest Japanese city in the 17th century, and became the capital of Tokugawa rulers (1603–1867). Edo was named Tokyo, literally eastern capital, only in the 19th century when Meiji period ended Tokugawa reign. During the Tokugawa shogunate, Japanese imperials lived in Kyoto, however, after Meiji Restoration of 1868, capital was moved to Tokyo.

Tokyo is a prefecture (administrative subdivision ruled by a chief magistrate). The two islands Ogasawara and Izu in Tokyo metropolis include administrative districts, industrial zones, residential suburbs and mountainous area.

Location: Indonesia; Northwest Java, at the mouth of the Liwung River

The city of Jakarta, the capital of Indonesia, is believed to be the remnants of the civilization dating back to 324 BC. However, the written history of Jakarta begins when the locals defeated the Portuguese in 1527 and named the city Jayakerta, literally glorious fortress in Indonesian language. In 1619, the Dutch captured Jayakerta and destroyed the city. In the ruins of Jayakerta, the Dutch East Indies established the capital and built a walled city named Batavia.

In the early 1800s, the Dutch extended the city. Between 1920 and 1941, Jakarta was thoroughly modernized and developed. Japanese occupation of Jakarta during the Second World War ended colonial rules. The city was named Djakarta during the Japanese occupation. After the war ended, Allies occupied Jakarta and handed to the Dutch. When Indonesia gained independence in 1949, Djakarta became the official name and the capital city of the country. Jakarta was announced a province in 1966, and Djakarta became Jakarta.

Location: South Korea; northwestern of the Han River and west of Yellow Sea

Seoul, the capital city of South Korea, is home to more than half of the South Korean population. Seoul was the capital city of the entire Korean peninsula before the partition of Korea into North Korea and South Korea. Seoul, literally capital, is the centre of politics, economics, education and culture in South Korea. Even though the common name of the city was Seoul throughout the Korean history, it was officially called Hanseong during the Choson (Yi) dynasty (1392–1910), Hanyang in the 14th century, and Gyeongseong during the Japanese rule (1910–45). The city was officially named Seoul after South Korea was founded in 1948.

Koreans had settled in and around Seoul for thousands of years. The city was a place of strategic importance during the reign of different dynasties. In 1394, Yi, the founder of Choson (Yi) dynasty made Seoul the capital city of Korean peninsula.

Location: India; West of the Yamuna River, a tributary of the Ganges,sharing borders with Uttar Pradesh, and the state of Haryana.

Delhi was named after the king Dhilu, who ruled the city in the 1st century BCE. During the times of Hindu as well as Muslim rulers, Delhi was the center of trade, commerce, culture, and politics. The British shifted the capital of British India from Kolkata to Delhi in 1911. Delhi remained the capital city even after India gained freedom from Britain in 1947.

Location: China, Coast of the East China Sea, between the bay of Hangzhou and the Yangtze River

Shanghai known as Shen or Hudu was a small rural settlement until 7th century. It emerged as a city during the Song dynasty (960–1126). Until the middle of 19th century, Shanghai’s economy was largely based on cotton plantations. In 1842, Chinese lost Shanghai to Great Britain. After the Treaty of Nanjing, Shanghai became a trade center for the British, French, and Americans. After the China-Japan war (1894–95) foreign investment flocked in Shanghai. Prior to the First World War, the Japanese had control over major industries in Shanghai. However, much of the industries were destroyed during the China-Japan war (1937–45). Shanghai’s economy suffered after it fell to the Communists in 1949. However, after 1960, it was rapidly modernized.

Location: The Philippines; the island of Luzon, at the mouth of the Pasig River, along the eastern shore of Manila Bay

Manila, the capital city of the Philippines, was completely destroyed in the Second World War, and from the rubble, Manila developed as the industrial city and the international port of entry. Manila and the 16 adjacent cities were integrated in Metropolitan Manila, to be operated as a single administrative region, in 1975. The city was originally called Maynilad, which was named after flowering plant nilad. Maynilad was later shortened to Maynila and then to Manila.

Prior to Spanish occupancy in 1571, Manila was a walled Muslim settlement. Spanish destroyed the old settlements, built the fortress city of Intramuros, and established the capital of the new colony. They built churches, convents and schools. Manila was attacked by the Chinese in 1574, the Dutch in the mid-17th century, and the British in 1762. However, the 1763 Treaty restored Manila’s ownership to the Spanish. Under the Spanish rule, Manila became a centre of foreign trade. In 1898, Spain lost a war with United States and the city became the headquarters for the U.S. administration of the Philippines. When the independent Republic of the Philippines was established in 1946, Manila became the capital of new the country.

Location: Pakistan; In the Sindh province, on the coast of the Arabian Sea, northwest of the Indus River Delta

Islamabad is the capital city of Pakistan; however, Karachi is the largest city in Pakistan. The name Karachi is believed to have derived from the village of Kalachi, which existed in the coastal area in ancient Karachi. Large parts of Karachi is covered by urban settlements, industrial and business areas. Karachi metropolitan area also consists of several rivers, hills, agricultural land and wasteland.

The prospects of a small village grew when traders began to move to Karachi, in the early 18th century. In 1795, the Talpura tribe gained control of Karachi from the Khan of Kalat and built a fort. In 1839, the British occupied Karachi and established an army headquarters and began using Karachi as the principal port. The British extended the city, they introduced river-streamer and built railways. By 1914, Karachi became the largest port of the British Empire. After the First World War, Karachi was developed as an industrial city. Karachi was the capital city of Pakistan when it gained independence from Britain in 1947. However, in 1969, capital was moved to Islamabad.

Location: the United States; on the mouth of Hudson River and southeast of New York state

New York, a port city and the heart of New York Metropolitan Area, is not only the most populous city in the United States but also the city with highest population density in the world. New York City is spread over the western sections of Long Island, Staten Island, Manhattan Island, and a small portion of the New York state mainland. For the past two centuries, New York has remained the United States and the world’s wealthiest city.

Giovanni da Verrazzano was the first European to reach the New York shores. He named the place Santa Margarita in 1524. In 1662, the Dutch West India Company established a new settlement of New Amsterdam in Manna-hata Island. In 1626, Peter Minuit, the Dutch colonial governor of New Amsterdam, bought area from the Native Americans. In 1664, the British took control of New Amsterdam and renamed after James, the Duke of York. Following American War of Independence, the British evacuated the city in 1783.

In the capacity of the capital of the Confederation (1785–90), New York hosted Presidential inauguration of George Washington, the first meeting of Congress, and the first sessions of the Supreme Court. The New York City lost the status of political power when the capital of the United States was moved to Philadelphia, however, it continued to develop as the center of trade and commerce.

Location: Brazil; on the coastline of the Atlantic Ocean, sharing borders with the state of Minas Gerais, Rio de Janeiro, Parana, and Mato Grosso do Sul

Sao Paulo, the capital of Sao Paulo State, is the largest and the most developed city in Brazil. The Sao Paulo State is not only Brazil’s most populous state where one-fifth of total population live, but also the most economically productive region accounting half of the country’s production and manufacture.

Location: Mexico; the State of Mexico

Mexico City, the capital of Mexico, refers to a city, a Federal District as well as the metropolitan area. Mexico City is one of the oldest continuously inhabited cities in the world. One-fifth of country’s population live in Mexico City, it also accounts one-fourth of gross domestic products.

The Mexico City was founded by the Spanish conquerors in 1521, on the rubble of Tenochtitlan, the cultural and political center of the Aztec empire. The name Mexico is derives from the language of indigenous inhabitants. There are numerous World Heritage sites in Mexico City.

Mexico City has been a center of trade, commerce, politics, and religion since 13th century. Aztecs settled in the inland basins of the Valley of Mexico in the early 14th century. Aztecs united with Mexica tribe and founded the city of Tenochtitlan on the western edge of Lake Texcoco in 1325.

Have you traveled or lived in any of these 10 mega cities? 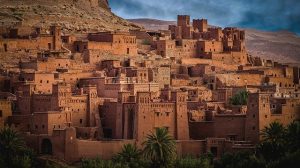 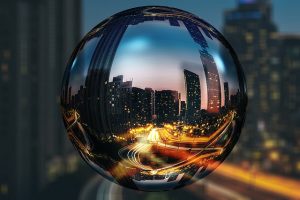