3 Best TV Cooking Shows for Newbies in the Kitchen 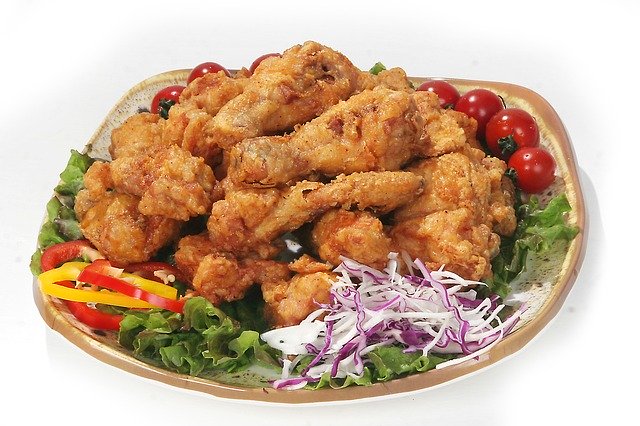 It’s a common expression in American culture when people are praising something that’s new and different that they might say something to the effect “It’s the best invention since the napkin.” By the way, do you know who invented thr napkin? Well, it was Leonardo da Vinci in 1491. (No wonder they call the man a genius!)

Back on point. In my humble opinion, TV cooking shows are the greatest invention since the napkin. People give the late Julia Child credit for introducing the American audience to the wonderful world of French cuisine. Her show was called “The French Chef” and the first episode aired February 2, 1963. Sorry but … in 1963, I was eight years old and the only TV show I cared about was The Mickey Mouse Club. Cooking shows did not interest me.

However, as a married adult who was trying to please a husband and a bunch of hungry kids, TV cooking shows finally got my attention. All of a sudden there were loads of programs on local television and cable TV. They aired 24/7, and if you had Internet access you could watch them online. Some of the chefs even have food blogs. You can learn how to cook almost any kind of cuisine OR just get some cooking tips to figure out how to make your homecooked meals taste better OR you can watch a well-known popular cook or chef prepare a dish and get confirmation that your recipe you have been making for years is just fine. As an example: For years, my siblings told me I made the best macaroni-and-cheese. For the Thanksgiving and Christmas holidays that was the dish I was responsible for preparing. Their compliments were very much appreciated. But you don’t how proud I was the day I watched a Paula Deen cooking show. She was preparing a holiday meal, and guess what? She made her mac-n-cheese just like me!

There are 3 cooking shows that are especially good to watch if you are a newbie in the kitchen. They are no longer being produced, so you might have to search online for old episodes online or buy the DVD collection.

Ms. Ray always said that she was a cook, not a professional chef. But that didn’t matter. She really could prepare a meal in 30 minutes. A healthy meal from start to finish. Do you know what that means to moms who work a full-time job outside the home, to be able to prepare a meal for your family in half an hour? The original shows aired from 2001 to 2012. She also made macaroni and cheese but not the way Paula and I made it. So I wasn’t sold on that particular recipe. But I did like many of the other dishes she made. She has hosted other cooking shows since, but this is the series that made me her loyal fan.

Ming Tsai can cook! Mr. Tsai prepares “fusion” dishes. In other words, he takes the best of the East and the best of the West and fuses them to make wonderful Asian-European recipes. Unlike Rachel Ray, Ming Tsai is a professional chef who attended Le Cordon Bleu, a culinary school in Paris, France. He made his appearance on television when he served as a substitute or guest chef for Sara Moulton on her TV show. When she returned to work to pick up where she had left off, to her surprise, people who had watched her program while she was absent kept asking about that Asian guy. He’s Chinese-American. One thing led to another and he ended up having his own TV show. The East Meets West episodes aired from 1998 to 2003. I like the episodes where he cooks with his mom and pop. Although he went to French cooking school, he gives his mom credit for teaching him most of what he knows about cooking. Isn’t that sweet?

Paula’s a Southern gal and I grew up eating Southern cuisine. To clarify, I am talking about the traditional food cooked by folks who live in the Southern United States. Black-eyed peas, collard greens, corn bread, fried chicken, etc. Get the picture? I liked Ms. Deen’s show for 2 reasons. The first reason I have already stated. It’s the food I grew up eating, so a lot of what she cooked reminded me of home. The second reason is that Ms. Deen’s personal story reflects the triumph of the human spirit. I always love the stories where a person gets knocked down but they get back up and summon their will to survive. Ms. Deen found herself divorced with two sons to support. After trying various jobs, she decided to try something she knew she was good at: Southern cooking. She started a home business, making sandwiches. People would place orders and her sons would ride bicycles and deliver to the customers. From that start, it was one success after another. She opened restaurants and published cookbooks and was ultimately given the opportunity to have her own TV cooking show: Paula’s Home Cooking aired from 2002 to 2012. Yes, I know that her road to success has not been without controversy. But I personally admire her gumption! I also like her recipes but confess that they need to modify to be a little bit healthier and heart-friendly. It was not only one who had that opinion. Her own son, Bobby Deen started a TV show called “Not My Mama’s Meals”. He took his mom’s recipes and tried to revise them by reducing the fat content, sugar, etc.

Do you have any favorite TV cooking shows?