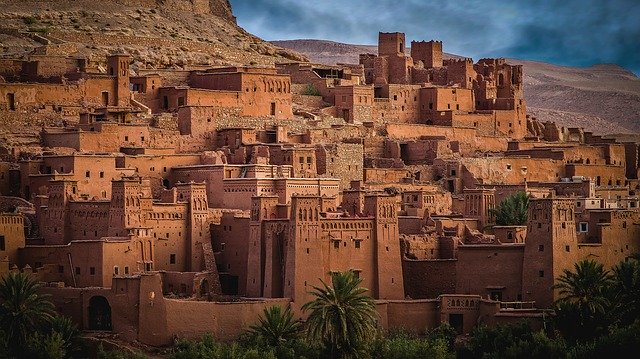 It’s 2020 and because of the COVID-19 pandemic, numerous travel bans or restrictions have been implemented by various countries. Both the airlines and the cruise lines have taken heavy hits financially and are taking desperate measures in the hopes that they will recover. Still! That doesn’t stop many people from dreaming and making up travel bucket lists of places they’d like to see.

In the USA, during March 2020, the pandemic was announced. If you do a generic online search of the phrase “travel bucket list”, you will find people still publishing their lists. In fact, I’ve seen some lists that specifically indicate that these are “Post-COVID” travel wishes. Why not? If there had been an Internet during the Black Plague of the 1300s that affected Europe, you would probably have found bucket lists. An article published by Scientific American stated that Europeans survived the Black Death and those survivors lived even longer. Don’t you imagine that those survivors probably wanted to see another part of the world after that experience?

Most of us want to be optimistic about this modern-day plague and believe that one day, hopefully soon, the world will once again be our “oyster”; even if we are already senior citizens. I have always admired people who were 70+ years of age and still traveling the world. They planned out the places they would visit during retirement and they’re loving it!

So below is a quick list of 4 countries in Africa that are on my bucket list. How did I decide on these locations? I have either met someone from that country, online or in person. I figure if the rest of the citizens are as nice as they are, that’s a place I’d like to see. I might have become fascinated after watching a movie that was filmed on location in that country. It could be that I found a YouTube music video and loved the music or I watched a cooking show that showcased the cuisine from that country and my mouth started watering. It’s one of those reasons.

Botswana: Met a blogger who writes about all the various tourist destinations in this country. The blog post I liked the most was the “photo safari”. People don’t go on safari to shoot the animals. They go to shoot photographs. Also, there is a movie about this country which stars two of my favorite actors: David Oyelowo, and Rosamund Pike. It’s a true love story between an African prince and a British citizen, and in addition to learning about how these two managed to have a successful marriage, against all odds, the film teaches the viewer a lot about the history of Botswana .

Cameroon: Met a stranger at a gas station in America. He was very nice, had a delightful accent when he spoke, and I could tell by his clothing that probably wasn’t from ’round here. He needed some assistance at the gas pump and I helped him out. We had a short conversation and I asked him where he was from. He said he was visiting from Cameroon. He filled up his car and I told him that I hoped his stay in America would be pleasant. off he went. But I couldn’t help but wonder if the folks from Cameroon were as nice as he was. Years later I was watching a musical TV show and the host had invited a guest to sing with him and also play the guitar. The music was amazing. The guest entertainer was from Cameroon and his name is Richard Bona. If you have not heard him perform, you are missing a treat!

Ethiopia: The most outstanding fact about this African country’s history is the fact that they were never colonized by the Europeans. Another fascinating fact is the “Jewish connection”. Some people say that Solomon, the famous Jewish king has a relationship with Sheba, one of the queens of Ethiopia. From that relationship, a child was born. When the queen returned to her own country, it is believed that she was a convert to the Jewish religion and that she raised her son in the Jewish faith. That story is not in the Jewish scriptures, i.e. Old Testament. But nobody has come up with a different explanation for how there came to be practicing Jews in Ethiopia. Today, there are thousands of Ethiopian Jews who willingly relocated to Israel to live. My curiosity is piqued. Last but not least there is a TV cooking show called “No Passport Required”. The host Marcus Samuelsson is from Ethiopia and for one of his shows, he spotlighted the people from Ethiopia who had made their way to America and were living in Washington, D.C., but still maintained their heritage and traditions; particularly, through their food (4).

Morocco: Tell me who would not want to visit Morocco after watching the movie Casablanca? In case you have not watched this 1942 Hollywood movie, it is a movie based on true events. The movie won the best movie award and the director won the best director award at the Oscar

So that’s it! Do you have anything to say about this list of African countries that I would like to travel to someday?

3 thoughts on “4 African Countries on My Travel Bucket List”