I am neither a historian nor an avid student of history. But I do pay attention to those who have knowledge of historical facts and can teach or expound on them. If they can show an application of past events to our present day situation and give me food for thought that might enable me to make the world a better place, then their words will not fall on deaf ears.

A few decades ago, I recall an educational program on television and the history teacher posited that there were only four (4) countries that changed the political and economic landscape of the entire world and as such, the path these nations take steers the entire world. Those countries were America, France, Russia, and China. The historian said it was because each one of these countries had a revolution!

In the dictionary, a revolution is defined as “a forcible overthrow of a government or social order, in favor of a new system”.

American and France changed the course of mankind’s history and led people toward freedom and equality for all in the form of a democratic-republic with a capitalist economy.

~ Russia and China changed the course and promised people fairness and equality through a communist form of government.

America and France believed in ideals that all people should be free to pursue their life and liberty. One could say they believed these were not just ideals but God-given rights to all humans.

~ Russia and China, on the other hand, made all citizens “equal” by forcing the citizens to accept whatever their government said was all that they needed to live their daily life “sort of” freely.

As an American, I say that’s certainly one way of looking at the past with an eye toward the future. Perhaps at one time in the course of human events, all eyes may have been on these four (4) nations but it’s 2020 and several major events have changed the history timeline of humanity.

The world stage has become very crowded and America, France, Russia, and China would be foolish to believe that they can dominate. They need to work diligently to maintain good relations with these various countries who also have a prominent role to play in shaping the history of humankind. 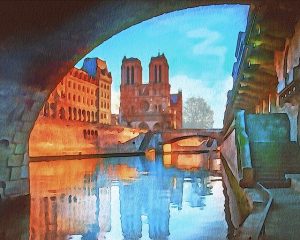