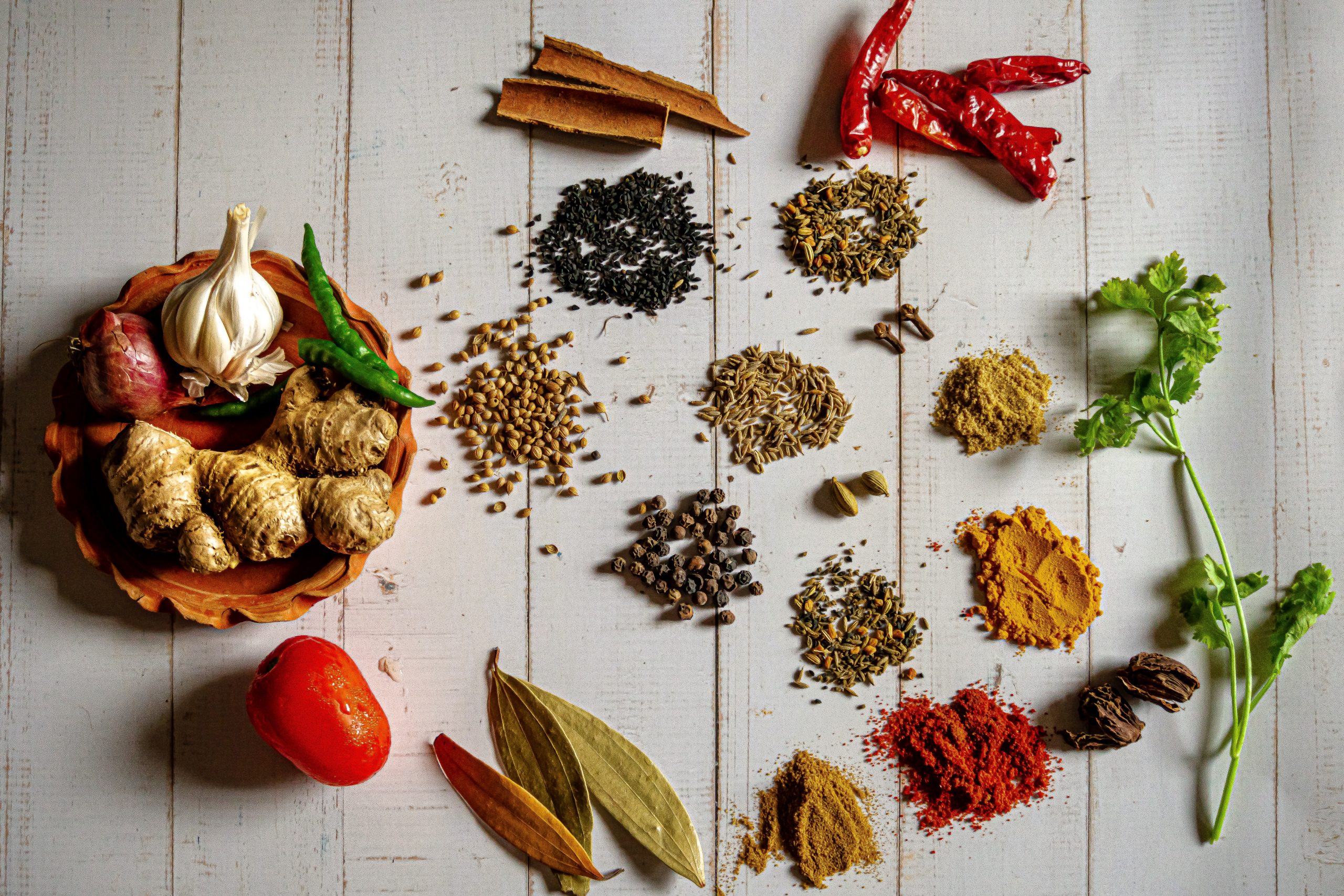 Several years ago I was approved as an affiliate marketer for a US-based company that imported herbs and spices from around the world and sold them mainly to US customers. This work-at-home effort opened a door to the wonderful world of flavorful cooking ingredients used in various cuisines. It has been a continuous learning experience and my taste buds have been introduced to a wide range of exotic flavors. Everyday meals have been turned into culinary adventures. I can travel to any part of the world from my dining table at home if I just know the right herbs and spices to use in my cooking. Here are 4 spices that I learned are often used in Indian food. References are supplied at the end of the article for your further exploration.

Turmeric is GOLDEN. Some people compare it to saffron but I’m not one of those people. This is a unique spice and it stands on its own. It is a very high compliment however to compare it to saffron considering that saffron is one of the most expensive spices in the world (see next paragraph). In fact, many call turmeric “Indian Saffron”. This is an ancient spice with a fascinating history. It is used for cooking but also for medicinal purposes as it has numerous health benefits. Turmeric is a popular herb in Traditional Indian Medicine Ayurveda. Did you know that in Ayurvedic medicine, there are 4 types of turmeric? They are haridra (turmeric); vana haridra (wild turmeric); karpoora haridra (camphor turmeric); and daru haridra (tree turmeric).

Saffron is “The World’s Most Legendary Spice”. Saffron is also GOLD, the world’s most expensive spice (about $75 USD an ounce). It is literally as expensive as gold, if not more expensive.  But it is so worth it! There are stories and myths about this spice from the Mediterranean to Arabia to India to Italy to Spain. If this spice could talk it could probably tell you of its interesting travels around the world. The stems were used to dye fabrics and the ancient Romans used it as medicine and as a fragrance. Not sure who gets the credit but someone realized it could be used in cooking. Yes! Culinary history was changed forever! IMPORTANT TIP: As stated this spice costs a lot of money and it is very likely that the spice you buy is fake. There is one simple trick to determine pure saffron and fake saffron. Soak a pinch of saffron in water, it the water changes the color immediately, the saffron is fake, however, when you see changes in color after 10 minutes, you probably have pure saffron in your hands.

Ginger is something they use to make the gingerbread man. Right? That was the extent of my knowledge about ginger as a child. The gingerbread man and also ginger snaps, a crispy cookie that had a strange flavor but was nevertheless delicious with a glass of cold milk.  When I became an adult and started cooking for myself, my Japanese friend told me to use ginger in my recipes. It is a commonly used spice in Asian food.  She said I could thank her for this awesome cooking tip later. Can I say “Thanks!” two billion times? Like most spices, ginger has an exciting history. It dates back thousands of years. The ancient Chinese philosopher Confucius praised its healing powers. In the Roman Empire, it was a symbol of wealth and fertility. When cooking with ginger, you can use the fresh ginger root or raw ginger. But you can also buy ginger in various forms: dried; ground; crystallized; pickled; preserved; there is ginger oil. Ginger is not just a wonderful cooking ingredient for food but also makes a delicious drink. There is ginger tea or ginger beer and of course, ginger ale.

This is a spice that is common in Indian food but to me, a non-Indian, it has a very uncommon flavor. It’s unlike any spice that I have ever smelled or tasted. Take the dried seeds of a cumin plant, dry roast them, and grind them into powder. Words that have been used to describe the taste are “warm”, “smoky”, “nutty”. It comes from the Middle East. That’s no surprise. It is mentioned in the Bible. In an article by Adam Maskevich published by NPR, he states that cumin has “been popular since the dawn of written history”. That statement tempts you to read in between the lines, doesn’t it? It was probably popular long before written history. You think? From the Middle East, the spice made its way to way to Asia and once the Indians learned about it, cumin became a key ingredient in their cuisine. Cumin seeds are called Jeera (or Jira) in Indian cooking. Although cumin powder is used in the dishes, often the cumin seeds are first tempered in oil to release its aromatics and then used in the recipe. Jeera or cumin is in almost every Indian dish.

There are many other spices used in Indian food but these are the spices I am most familiar with and I encourage you to try them.