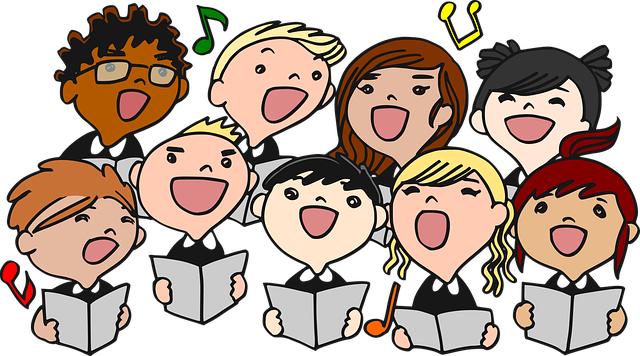 “Songs are thoughts, sung out with the breath when people are moved by great forces and ordinary speech no longer suffices.” – Orpingalik, Inuit poet and Shaman

Don’t you just love this quote? Do you like music? Do you like singing? Do you especially love to listen to a chorus of human voices? Have you ever heard of a non-profit organization called Growing The Voices: Festival 500? If not, when you finish reading this article you will know just enough to stimulate your appetite so that you’ll want to find out more.

This organization was founded in 1997, and its International Choral Festival is a biennial event; a non-competitive celebration. They celebrate the harmony of human voices. The eighth Festival was held in July 2011. This was the year I discovered them. Sadly, because of the COVID-19 pandemic in 2020, there are no festivals scheduled. But let’s discuss some of their past events.

Bobby McFerrin* was a guest artist and conductor in one of these festivals. He has described his experience as “I bathed in joy.” regarding his participation in 2003.

Even though I missed that performance, I am happy to have discovered this non-profit organization. They keep their official website and social media pages updated. My finding was accidental. I was scanning Facebook activity saw the words “The Choir Project”. Two of my daughters have always been active in their school choirs so I was curious to know more. This Project was based in Naples, Florida, U.S.A. and they stated that their mission was “to build community chorally.” When I perused the various posts on their page, the links led me to the Festival 500 and information about all the wonderful groups that had performed. I watched the uploaded videos and the best word to describe the various choral events is “phenomenal”. Below is a sampling of the awesome communities of choruses. Each of these organizations either has its own official website and/or social media presence if you want greater detail about them.

♪ The Kokopelli Choir Association is an Edmonton-based family of choirs with a goal of encouraging young singers to develop their talents and pursue their musical dreams. They combine traditional choral music with an unconventional presentation.

♪ The Quintessential Vocal Ensemble, known especially for its Acappella repertoire of many styles and periods.

♪ The Wits Choir: The exact quotation, extracted from their Facebook page states: “The Wits Choir is unlike any choir you have ever experienced: vibrant, young, and colourful!”

Based on listening to the videos posted by The Choir Project, all of these groups who performed at the Festival 500 are “unlike any choir you’ve ever experienced”. Like I said … phenomenal!

One final comment which is worth an honorable mention: One of the concerts presented by The Choir Project was called “Voices of Courage”. It was a dedication to those who lost their lives in the attacks on September 11, 2001 in the USA. This really struck a note with me.

One thought on “Music Appreciation: The Harmony of Human Voices”