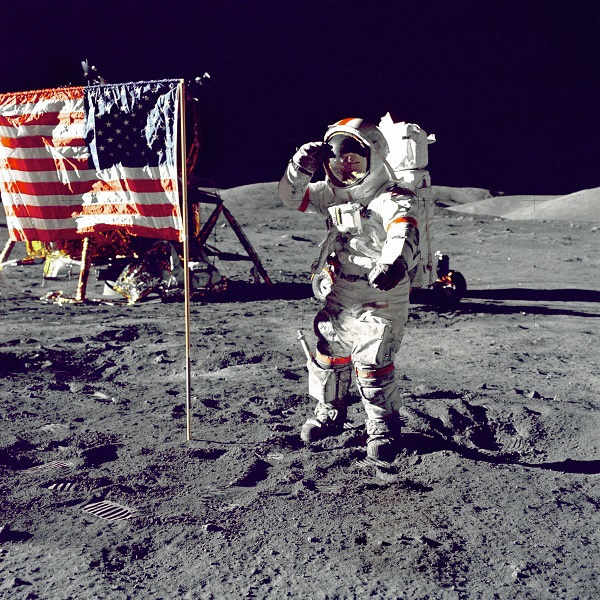 A satellite can be natural but most are man-made. Its purpose is to move in orbit around the moon or one of the other planets, etc., gathering information. The information is transmitted back to earth for further detailed examination, analyses, and study.

The Beginnings of Space Exploration

It was the Americans who discovered the Van Allen radiation belts, two concentric rings of energetic particles surrounding Earth. The inner belt is composed of protons, and the outer belt is composed of electrons. James Van Allen was the scientist who supervised not only the design of the instruments which collected the data, but the study of the radiation data which was gathered. In 2018, NASA celebrated the 60th Anniversary of the launching of Explorer 1.

January 1958 was an historic month and year in the history of space exploration but it was in July 1969 when American astronaut Neil A. Armstong became the first human to set foot on the moon. This event is noted in US history records and indeed in the records for world history by Armstrong’s memorable quote:

“That’s one small step for man, one giant leap for mankind.”

The Progress of Space Exploration

Since the 1950s, those who have engaged in space exploration set out to accomplish many goals. The popular television series, Star Trek, which made its debut September 1966, may have led many to believe that the goal was “To boldly go where no one has gone before!” and “to explore strange new worlds. To seek out new life and new civilizations ” But the reality is that from the late 1950s to the present day 2020, human life or humanoid life or any life form on other planets have never been found and likely never will be. None of the other planets – Mercury, Venus, Mars, Jupiter, Saturn, Uranus, Neptune, or Pluto ~ are suitable for sustaining human life. These are the conclusions reached by scientists who have thoroughly investigated information and data collected by means of satellites, and also acquired as a result of numerous lunar and planetary missions, using both manned and unmanned spacecraft.

In fact, the myriad goals of space exploration, right from the very start, were primarily for the purpose of improving our life ON planet Earth. Although there are some scientists who are committed to researching whether or not certain planets can be colonized, or at minimum, whether the soil on other planets can be used to grow food for we earthlings.

Their commitment, while it may be futile (my opinion), is understandable. After all, the cries and warnings of the environmentalists and the preservationists are not being heeded. The resources of the Earth are not unlimited. They paint a bleak picture of the future of life on Earth. That’s why there are so many books and movies depicting what life would be like for humans living in a post-apocalyptic world. Those committed scientists have reasoned and rightly so, that it doesn’t really take much to keep us alive. All we need is nonpoisonous food, breathable air, and drinkable water. How hard can it be to truly create a Class-M planet? To quote George Bernard Shaw: “Imagination is the beginning of creation.” So? I guess. If you can imagine it; it can become a reality. Right?

But so far, none of the other places in the universe that have been explored have the air and water that we need. So some scientists reason that perhaps these planets have dirt! There are edible plants that do not require a lot of oxygen or sunlight to grow. It could be worth further examination.

Even though there are those who are still waiting in anticipation and hoping that one day we will make “first contact” with “new worlds”, many of the scientific endeavors related to space exploration have yielded numerous benefits for the world we live in.

Space exploration has provided valuable information and helped us develop a knowledge and understanding of the natural processes that regularly occur on Earth. The application of space technology has improved our daily everyday life in so many ways.