Why Do Some of Us Do Our Own Thing?

Sep 21, 2020 brain development, brain implants, how the brain functions, human mind, the science of the mind 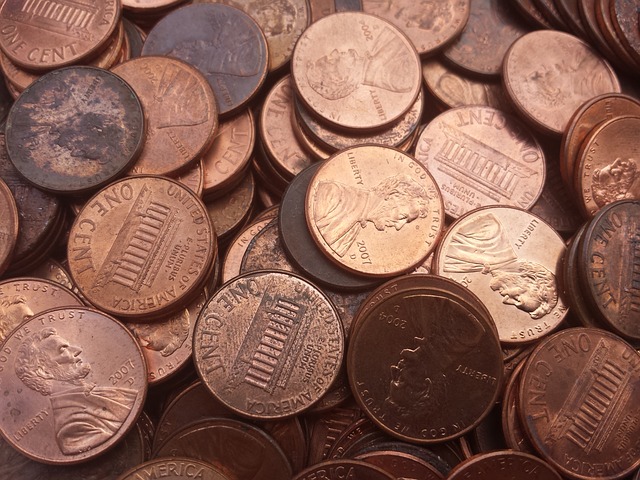 As always, one thing leads to another. A random memory that popped into my head led me to want to know more about brain connectivity and mind control.

Many moons ago, my late husband had a friend who was a missionary in Jamaica. He was visiting America to ask churches for some financial support. He visited a small poor congregation and they gave him a sack of coins to help him with his ministry. Literally, a brown paper bag filled with coins, mostly pennies. They said they wanted to help. He accepted their gift and brought it home. Home, at the time, was our apartment. The evangelist and his wife were staying with us and would be returning to their home in Jamaica within the week.

At our bank, if you were bringing in coins you had to put them in coin wrappers. They would not accept loose coins. We got some empty 50-cents penny wrappers from the bank. Our friend asked if we help him fill the wrappers. So we all sat at the dining table, he and his wife, and my husband and me. He gave each of us some wrappers and kept some for himself. He dumped the bag of coins in the middle of the table. We reached for the pennies and started counting.

Without any of us saying anything to each other about “how to count”, the minister, his wife, and I, all counted out stacks of 10 pennies each, to put into the coin wrappers. On the table in front of each us, we each had 5 stacks of coins. 5 x 10 = 50. Right?

Not my husband, He counted created 2 stacks with 10 coins each; and 1 stack of 5 coins; and then repeated the process by creating another 2 stacks with 10 coins each; and 1 stack of 5 coins. His reasoning? In his mind, 25 + 25 OR 2 x 25 = 50. Yes. That’s true. The math is correct. But it’s 6 stacks of coins instead of 5 stacks. For some odd reason, his counting baffled the 3 of us, but the logic of his counting process seemed efficient to my husband. He said that in this way he was certain that he had counted out 50 pennies. The minister, his wife, and I were a bit stupefied. Me personally? I wondered who had to taught him to count like that. I had worked in a financial institution as a teller and they didn’t train me to count that way. LOL.

That was an ideal Sesame Street moment and I wished our kids could have seen it but we had already put them to bed. On the acclaimed award-winning educational TV show, Sesame Street, they would play this game. They would show 4 kids in 4 separate squares engaging in an activity. Then they would sing a song that went something like:

My late husband was the kid who was doing his own thing.

Can you recall a situation where you or somebody else was doing their own thing totally different from everyone else?

Do you know why?

There is a website that publishes excellent articles about the latest discoveries in science, health, the environment, technology, etc. If you want to know more about why people think differently, you can check this link but in brief it says that the reason why people think and behave differently is because the physical connections of the brain are different

If it’s an innocent activity like counting coins, it’s not a problem. But if you have a complex neuropsychiatric disorder, it could be a huge problem. The article is just a quick overview of the subject of “brain connectivity”, but it opens the door for further exploration of brain development and the human mind.

Following this article there are several other related articles that are suggested which discuss how the brain changes during puberty – boys versus girls; brain architecture and genetic differences; and an explanation of why the brains of smart people are better connected.

The article referenced above about brain research led me to ask another question: What about brain chips?

People often accuse the government of planting chips in their brains and making them do things they would not have normally done. To my knowledge, this accusation has not been proven. Of course, if the government were doing such things, the research would likely be Top Secret Classified, and only made available to those having a “need to know”. An ordinary citizen like me does not have a need to know.

However, that doesn’t stop me from trying to learn if chips are being implanted in people’s brains by the government or anyone else. Let’s face it. We’re all afraid of mad scientists. I know that for health reasons brain implants are being done and that particular form of medical treatment has proven to be successful. But my concern is more with mind control. That is to say, taking perfectly healthy human beings and warping their brains so that you can control them. You may say it’s pure science fiction. But I never underestimate the harm and evil that men can do, even when they say they have good intentions.

If you enjoy reading the article in Science Daily, you will be fascinated by an article about Elon Musk and his secretive startup company Neuralink. It’s 2020 and this research has only gotten as far as putting a brain implant into a pig named Gertrude. Mr. Musk is very optimistic though. He says his company’s clinical studies are making “good progress”.

Are you intrigued about the way the human brain functions?

2 thoughts on “Why Do Some of Us Do Our Own Thing?”